Want to know everything about pet food?

Learn what to look for on a pet food label, natural holistic diets, life stage nutrition, meat-first foods and more...


Presented by Dr. Van Delst of 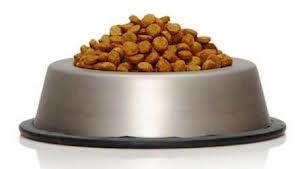 Posted by Allandale Veterinary Hospital at 9:29 AM 3 comments:

It has been two weeks since we left .  It was a wonderful experience and I can’t wait to go back next year.  Natalie and Melissa did a great job talking about our day to day experiences, so I am going to use my blog to just give some general observations.

The Veterinarians Without Borders group was a wonderful mix of people and I now consider them all friends.  Elena and Guillermo are the program directors for VWB/ in Latin American.  They are a wonderful couple with a great passion for what they do.  Tracy and her technician Stacey are from .  has worked in Todos Santos longer than anyone!  She does an amazing job of figuring out how to anesthetize animals using only the drugs that can be purchased in .  Believe me, it is not an easy task to safely anesthetize animals and provide them with pain free surgery with limited drugs and no gas anesthesia.  And yet, comes up with an incredible protocol that does just that.   Kelleigh was a final year veterinary student that had previously spent time in Todos Santos.  Kelleigh was a fabulous help all the way around.  Marian was originally from so was able to help out with Spanish translation.  She also kept the recovery area running smoothly and made sure that all surgeries got a good meal and some extra food to take home.  Marian was assisted by Janne who swore that she was afraid of dogs and didn’t particularly like children.  Janne is a fund raiser supreme for VWB.  By Day two she was also known for her kindness to all of the children and her gentle hand as she assisted Marian with recoveries.  Marian, Janne and Kelleigh did not have it easy with as many as eight recovering dogs THEIR FAMILIES all in their small recovery area at one time.  Stephanie is a technician from that was a huge help with Spanish translation and everything else.  Adriana, Andrea and Heidi were Guatemalan veterinarians that joined the group for the first half of the week.  They were tremendous to work with!  We are very excited to say that Heidi is coming to to visit for the month of May!  And of course, there was myself, Natalie, Melissa, Dr. Rogers and Lynsay from Allandale.

Todos Santos is a beautiful village.  It is surrounded by mountains which are covered in plots used for farming.  We were told that the people can be somewhat suspicious of strangers.  However, overall we found everyone to be very open and welcoming.  Despite the language barrier, we were able to make a connection with many people.  The villagers that brought their pets for care were grateful to be able to provide their pets with surgery and/or vaccines.  The pets may not have been cared for in the same way that many of our pets are, but they were absolutely loved.  There were people that walked substantial distances while leading their dogs, carrying their cats in bags, corralling small children and carrying babies on their backs.  These people then filled out paperwork and patiently waited their turn.  Rabies vaccines were given on a first come, first serve basis.  Surgeries were by appointment, but that still didn’t eliminate waiting.  Since many people had walked a fair distance with their dog for surgery, they watched the surgery, and then waited while their pet recovered enough to be able to walk home.  For many people this meant spending the entire day.  And yet, there was never a complaint.  Instead it was a joyous atmosphere – children playing, people chatting, everyone milling about and watching surgery.  Many people stopped by simply to see what was going on.  School children in particular enjoyed the opportunity to watch surgery.

There were several dogs that had been coming for years – Junior the Dalmatian, Terry the Rottweiller.  They were well cared for and the owners were quite proud of their pets.  There were a few dogs and cats that were thin, but the owners were quite open to discussions of how to provide better care for their pets.  In most cases, the pets eat what the owners do – tortillas, potatoes, a bit of meat.  Dogs and cats do not really provide any meaningful benefit to their families other than companionship.  And yet, people who have very little themselves share with their dogs and cats.  That is obviously a sign of how much they love their pets.

We provided new collars and leashes to all dogs that had surgery.  Unfortunately we did not have enough to provide collars for the vaccine patients.  Collars are very important as many dogs run free.  Dogs and cats without collars are thought to be strays so are often poisoned.  We are planning to have a collar/leash drive prior to next year’s trip in the hopes that we can provide every pet that visits with at least a new collar.

We worked hard and lived simply while we were in Todos Santos.  It was a good reminder to be grateful for everything we have.  Our rooms were cold at night as Guatemalans (even in larger cities) generally do not heat their homes.  Our showers were in a shared washroom and were often chilly.  And our meals were eaten outside on a rooftop terrace (sounds romantic, but is actually quite cold at 7 in the morning or 8 at night).  However, we got to come home to comfy houses with hot showers.  The food we had while in Todos Santos was delicious.  We ate three healthy meals per day and didn’t overeat as we tend to do at home.  Again, a good lesson that I wish I was better at sticking to.

Overall I can’t say enough about our experience with Veterinarians Without Borders, the new friends we made, the people of Todos Santos and the animals we helped.  I feel very blessed that I was able to contribute to improving the lives of people and their pets.  The visits to Todos Santos have a tremendous impact.  The incidence of rabies in animals and people is being reduced, the number of strays is being reduced and pets are healthier.  I can’t wait to go again next year and hopefully we can do even more!

-Dr. Patricia Lechten
Posted by Allandale Veterinary Hospital at 9:59 AM No comments: